The endocrine system produces hormones and releases them into the blood. A woman’s endocrine glands include the hypothalamus and pituitary (both in the brain), thyroid and parathyroid (both in the neck), adrenals (on top of the kidneys), and pineal (also in the brain). During the early stages of pregnancy, a woman’s ovaries secrete estrogen and progesterone. The corpus luteum, a transitory gland within the ovary, produces progesterone at first, but subsequently the placenta takes over, generating progesterone and estrogen in increasing levels. During the first seven weeks of pregnancy, the corpus luteum produces almost all the progesterone. After 10 weeks, the placenta stops producing progesterone. The luteal-placental shift occurs between weeks 8 and 10, during which the placenta gradually takes over. 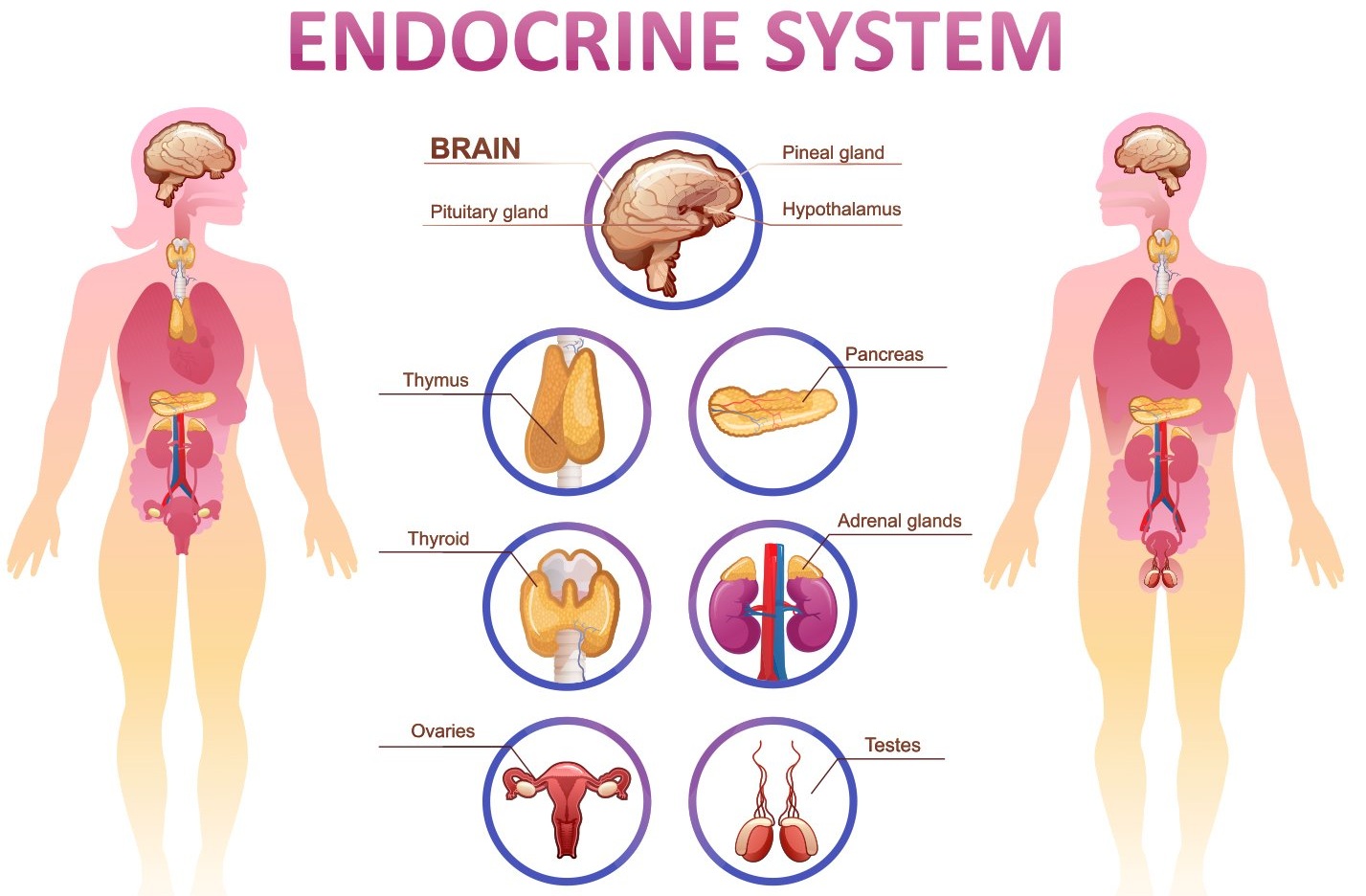 Pregnancy is measured in gestational weeks, which begin at the time of your last menstrual cycle. After that, you must ovulate, which takes 14 days on average, though it varies; some people require less time than others. After fertilisation, an ovum (egg) becomes a zygote, which divides into blastocysts five days later. To get pregnant, the blastocyst must implant into the endometrium, the inner lining of your uterus, five to six days after fertilisation. This means you are not pregnant until the third or early fourth week. The endometrium must be exposed to progesterone before a blastocyst may be implanted. The luteum provides progesterone. If the corpus luteum is damaged prior to implantation, there will be no pregnancy. Similarly, if the corpus luteum malfunctions before the placental production of progesterone begins at eight weeks, the pregnancy spontaneously aborts. For the same reason, an elective abortion can be induced up to the 10th week of pregnancy by injecting a progesterone blocker.

When a blastocyst is implanted, a process begins that produces another hormone, beta-human chorionic gonadotropin (-hcg), from specific cells and eventually the placenta. Pregnancy tests look for hcg. Home pregnancy tests search for hcg in urine, whereas doctor-prescribed pregnancy tests look for hcg in urine or blood. During pregnancy, two pituitary hormones that are vital to the ovarian cycle each month, luteinizing hormone (LH) and follicle-stimulating hormone (FSH), go unnoticed, with LH lingering at the low end of its normal range and FSH dropping considerably lower than usual.

The placenta’s enhanced production of progesterone and estrogen stimulates the mother’s liver to produce thyroid-binding globulin (TBG). Many proteins bind to TBG, but only a handful allow the thyroid hormones T3 and T4 to attach. Thyroid hormones are normally attached to proteins, but some are free in the blood. Like a thermostat, the hypothalamus in the brain decides when to switch on the air conditioning or heating based on the levels of free (unbound) thyroid hormones. The more TBG from the liver implies less thyroid hormone is unbound, thus the brain delivers TRH to the pituitary. The pituitary responds to TRH by increasing thyroid stimulating hormone production (TSH). This is the first hormone doctors look for if they suspect you have a thyroid issue, because it indicates whether the thyroid is under-or overactive better than thyroid hormone levels do. TSH is raised during pregnancy due to changes in the liver, but it also increases thyroid hormones, which are crucial for both you and the foetus.

Pregnancy endocrinology covers changes in hormone production and management. Included are prolactin from the pituitary, placental lactogen from the placenta, and non-pregnancy hormones such as cortisol from the adrenal glands, melatonin from the pineal (for sleep), and insulin from the pancreatic islet cells. In addition, oxytocin (from the hypothalamus) causes your uterus to contract, and epinephrine (from the adrenal gland) relaxes your uterus at the conclusion of labor, but also has multiple effects on blood vessels. You may be aware that diabetes is caused by insufficient insulin production (type 1) or insulin resistance (inability to respond) (type 2). Gestational diabetes is caused by increased insulin resistance, which can worsen type 2 diabetes (a type of diabetes that is particular to pregnancy). 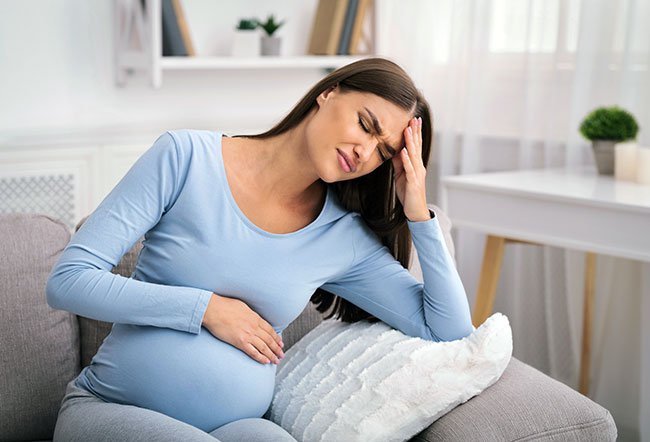 Pregnancy brings about distinct hormonal and physiological changes. Estrogen and progesterone levels rise dramatically throughout the pregnancy. They also influence the amount and function of other hormones. It doesn’t simply affect the mood. They can:

Pregnancy can change a woman’s sense of sight, taste, and smell.

Pregnancy can cause changes in vision, including increased nearsightedness. The exact biological mechanisms underlying visual alterations are unknown. Pregnancy eyesight returns for most women after birth.

Pregnancy affects most women’s perception of taste. Pregnant women prefer saltier and sweeter diets. They also have higher sour, salty, and sweet tolerances. Dysgeusia, or loss of taste, is most common in the first trimester.

Beginning in the first trimester, hormonal changes cause physiological changes throughout the body. All of these changes assist in preparing the mother’s body for pregnancy.

This is because the body is preparing to deliver milk to the newborn infant. It is thought that pregnancy hormones darken the areola. Pregnant women may notice increased nipple protrusion and darker veins as their breasts expand. Stretch marks on the breasts are common in women who grow rapidly. Many women will notice an increase in nipple and areola size.

Changes in the cervical spine

During pregnancy and childbirth, the cervix (uterine entrance) changes. The cervix tissue thickens, becomes solid, and glandular in many women. The growing foetus may cause the cervix to soften and dilate a few weeks before birth.

D. Modifications to the circulatory system

When should you see your physician?

You should continue to see your doctor for regular prenatal visits. These tend to occur around once every month on average. Your doctor can answer any questions you may have about the procedure. For odd symptoms, especially if you experience vaginal bleeding or clear fluid leaking or burning in your urethra, see your doctor.

Read More: Genetics Tells us Whether We’ll Have a Boy or a Girl