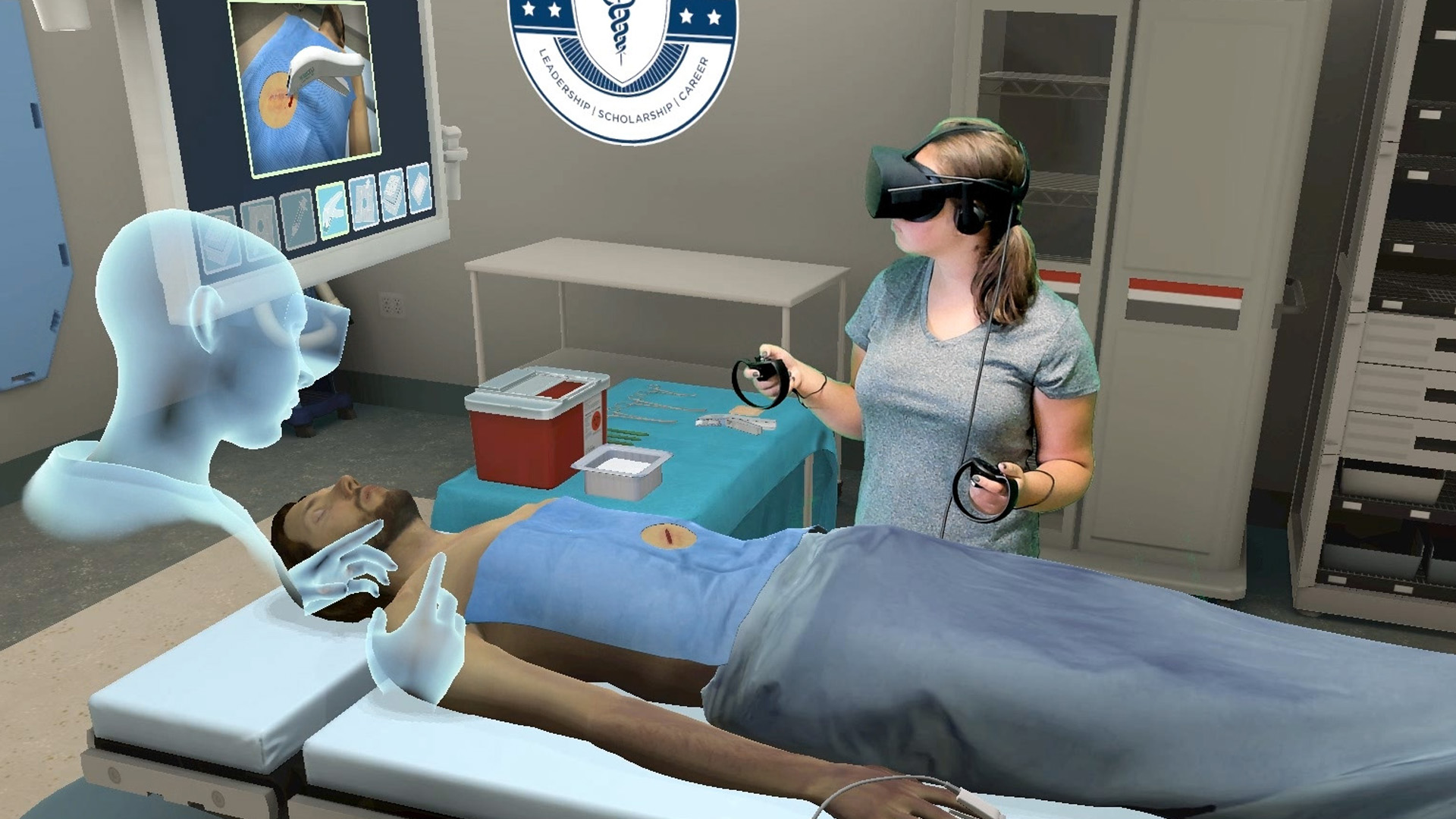 The world is being revolutionized by virtual reality. The major application of virtual reality is for entertainment, and its primary purpose is to send you anywhere and let you do anything. Some examples of this include playing in snow battles; navigating a submarine; milking a cow; and even performing alien surgery.

So, augmented reality and virtual reality solutions will become a bigger part of software development services for the healthcare industry in the near future.

Even if the vast majority of patient-facing approaches to healthcare do not integrate VR at this time, the potential for entering an era of value-based care with improved health outcomes and decreased costs is brought into play by its implementation. This may be especially relevant for people who are dealing with chronic diseases as well as mental health issues. Here are the steps:

The agony, anxiety, and discomfort of real life versus virtual reality

Our brains can help us get over traumatic events by making the memories of those events less clear or even changing them.

People are able to heal more quickly or triumph over their long-term phobias, fears, and anxieties with the assistance of virtual reality, which boosts the brain’s capacity to transfer them to dream realms and helps people conquer their fears and worries. 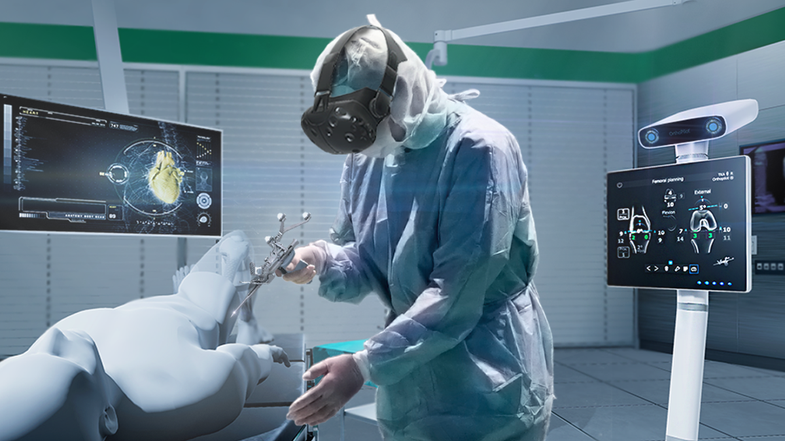 Recent years have seen a rise in the amount of scholarly backing given to the concept that virtual reality can greatly cut down on pain. One of the ways in which it accomplishes this is by giving the patient something to divert their attention away from the pain. The patient’s perception of the pain may be lessened as a result of the use of VR because it can divert their attention away from their current state or the procedure they are enduring. Therefore, the use of virtual reality in healthcare has the potential to rethink the conventional therapeutic approach to the management of chronic pain.

Patients who suffer from chronic pain are rarely able to find respite. According to a report published by the Centers for Disease Control and Prevention, there are approximately 50 million people in the United States who are affected by chronic pain.

Since the goal of the healthcare system is to accomplish outcomes within short-term treatment cycles and then move on to the next patient, chronic pain management and the reduction of discomfort are not among its top goals. As a result, the traditional treatment for chronic pain is now the use of medications that are highly addictive, such as opioids. However, this is not the best possible solution. About 130 people die every day from abusing opioids, so health professionals are eager to find alternatives that don’t lead to addiction.

See also  High Cholesterol Symptoms: THIS Leg Colour Could Be a Sign

Using virtual reality (VR) technology, one has the opportunity to overcome such an obstacle by playing an active role while participating in the session. In addition, it creates a fully immersive setting that helps patients forget about their pain.

The treatment for phantom pain

A percentage of amputees report experiencing phantom limb pain, also known as PLP. We don’t know what causes PLP yet, but a popular theory is that the brain has trouble adjusting to a sudden drop in the amount of information it gets from the nerve cords that have been cut.

Goggles and sensors that capture limb motions allow patients with amputations to be immersed in an alternate environment while using virtual reality (VR). In this version of events, the patient is able to exert control over the limbs that are there as well as the ones that are absent and engage in a variety of activities, such as pressing buttons, grabbing things, and moving things about. Because the patient’s brain has regained control over the nonexistent body part in the virtual world, the patient’s pain and tension can be eased.

Rehabilitative measures for both the body and the mind.

As a result of the recent addition of controller support in a number of different virtual reality games, we can anticipate more development in motion capture technology within the next couple of years. This has the potential to be beneficial to the healthcare industry, particularly in terms of the physical and cognitive rehabilitation of patients recovering from brain injuries and traumas such as strokes.

Patients are able to work out for as long as they need to in an immersive environment, sometimes even while laying in bed, thanks to the combination of virtual reality (VR) and motion capture sensors, which can help with recuperation. So, this can increase the chance that the patient will be able to move their paralyzed limbs again.

Patients who have had an acute stage stroke can benefit from using virtual reality (VR) technology in conjunction with computerized cognitive training, according to a study that was carried out in South Korea in 2019. The researchers compared this group to another group that participated in computerized cognitive training but did not employ virtual reality. They found that the group that used VR did much better than the other group in terms of cognitive function and ability to do things in everyday life.

The use of virtual reality (VR) enables medical professionals to evaluate a patient’s cognitive rehabilitation levels and decide whether or not the patient is making progress. It is possible to utilize digital technologies to determine whether a patient is ready to go back home and resume the quality of life they had before their illness. The use of virtual environments provides medical professionals with the ability to imitate everyday activities, gradually elevating the difficulty level to increase the likelihood that patients will be able to effectively return to their normal lives.

Exposure therapy is taken to a whole new level by virtual reality (VR), which enables therapists to customize the treatment process for their patients and make it as progressive as is required for each individual. A patient will eventually reach a stage when they are able to better manage their fear once they have become accustomed to the circumstances of their phobia and have reached this point.

This method is also effective for treating people who suffer from post-traumatic stress disorder, generally known as PTSD. These patients may include veterans or victims of violent crime. Patients with this condition may experience a variety of symptoms, including restlessness, irritability, nightmares, and even outbursts of panic. When symptoms show up many years after the original event, it may be hard for the patient to live a normal life.

Virtual reality (VR) offers patients suffering from post-traumatic stress disorder (PTSD) a glimmer of hope for a full recovery from their anxiety by enabling them to relive the traumatic experience an unlimited number of times. Many patients will, at some point in the future, be able to triumph over their stress disorder.

On the cusp of implementing clinical VR

Non-medication therapies are gaining traction and attracting greater attention, particularly in the field of psychology, as a direct result of the increased public awareness of the opioid problem. As technology keeps getting better, virtual reality is becoming a good alternative to using drugs that are hard to stop using.

Access to patients who are in need of immersive therapies may become easier to obtain as a result of improvements in both the quality and the price of virtual reality equipment and the motion trackers that accompany it. With any luck, these improvements will lead to better ways to help people recover from strokes, deal with phobias, deal with chronic pain, and get over PTSD.

About Sagar Shrinath 115 Articles
Sagar is a Digital Marketing Leader in a Leading Market Research Company. He has a very deep interest in all technology topics whatsoever. His passion, dedication and quick decision-making ability make him stand apart from others. He has involvement in both B2C and B2B markets.