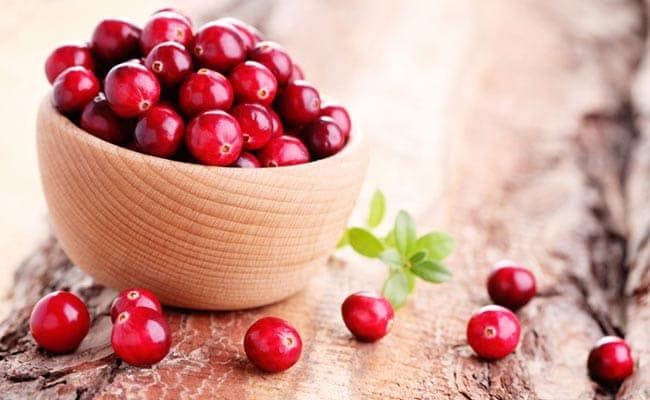 According to new research that emphases the neuroprotective potential of cranberries, adding cranberries to your diet could help improve memory and brain function, and lower “bad” cholesterol.

Consuming 100g of cranberries a day enhances cognitive performance, according to UEA research

‘Bad’ LDL cholesterol is reduced by the fruit’s high levels of antioxidants.

Dementia risk has been raised in studies of those with high levels of the bad cholesterol LDL.

The participants’ visual episodic memory, neural functioning, and blood flow to their brains all got a lot better when they ate cranberries, according to research published in Frontiers in Nutrition (brain perfusion).

LDL, or “bad” cholesterol, which contributes to atherosclerosis—the thickening or hardening of arteries caused by a buildup of plaque in their inner layer, was also significantly reduced in participants.

Researchers at the University of East Anglia in the United Kingdom believe that this finding supports the idea that cranberries can improve vascular health and, as a result, help improve brain perfusion and cognition.

See also  For Students in Online Classes, How to Deal with Physical Health Issues

According to the study’s researchers, cranberries may have a long-term effect on cognition and brain health in humans.

Neurodegenerative diseases, such as dementia, may benefit from the findings.

“As many as 152 million people will be affected by dementia by the year 2050.” The lead researcher from the university, Dr. David Vauzour, stressed how important it was to look for “modifiable lifestyle interventions, such as diet, that could help reduce disease risk and burden.”

Alzheimer’s and other forms of dementia have been linked to a higher intake of flavonoids in the diet. It’s also been found that foods rich in anthocyanins and proanthocyanidins (the pigments that give berries their colour) can help people think more clearly.

Cranberries have been known for a long time to be good for you because they have a lot of antioxidants and anti-inflammatory substances.

The researchers studied the effects of cranberry consumption on cognitive health and cholesterol levels in the brain for a period of 12 weeks.

Every day, half of the participants ate enough freeze-dried cranberry powder to equal one cup, or 100 grams, of fresh cranberries. A placebo was given to the other half.

The lead author of the study, Vauzour, found a link between cravings for cranberry powder and better episodic memory and more blood flow to the parts of the brain that help with memory consolidation and retrieval.